This Week in Diving History 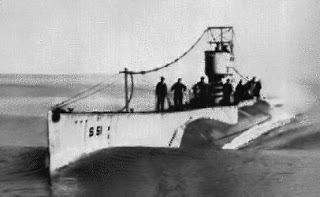 On the night of 25 September 1925, the submarine S-51 was operating on the surface near Block Island, with her running lights on. The merchant steamer City of Rome spotted S-51's masthead light but had difficulty determining its course, speed, or intentions. S-51 spotted the ship and held course as she was required to do by the Rules of the Road. Since the submarine's stern light was plainly visible to the approaching ship, they felt no alarm; the steamer would surely change course and pass them, so they thought. They watched as the City of Rome drew closer until it looked as if it would run them over in spite of the rules. The submarine turned its rudder hard right in an avoidance maneuver. Just when it seemed that the steamer was turning away from them, to their horror, it changed direction and headed for their right side. The steamer T-Boned the submarine, ran completely over her -- forcing her underwater, and kept going. This created a huge hole, about 30 inches wide, instantly flooding the boat. This all happened so quickly that there was no time to close the watertight doors. The S-51 sank in less than one minute. The sub and her crew had disappeared in some 132 feet of water about fourteen miles east of Block Island. 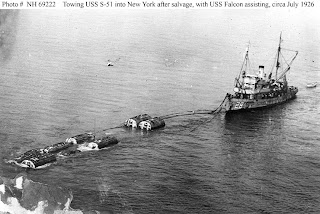 Only three of the 36 men in the submarine were able to abandon ship before she sank that were later picked up by the City of Rome. The disaster stirred such a strong public reaction that Navy brass made the decision to attempt to raise the 1,000-ton submarine from the bottom of the sea and recover the bodies. No vessel had ever been raised from such a depth, and to the technical mind this task was impossible. This gargantuan task was given to Lieutenant Commander Edward Ellsberg and a group of Navy Divers scavenged from all over the fleet. It was quickly realized however that there were only had 20 Divers in inventory that were qualified to dive deeper than 90 feet - a result of World War I cutbacks and lack of diving/salvage interest within the Navy. 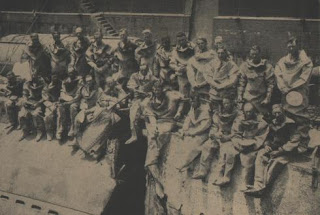 Over a painstaking nine-month period, he and his men performed exhausting and terrifying work at unprecedented depths in hour-long increments-working against the severe, dangerous, and often unforeseen forces of nature-to enact a miracle of ingenuity and sheer will. A special Diver training course had to be made part of the operation due to the limited number of qualified divers in the Navy at the time. The submarine was finally raised on July 5, 1926 and towed to the Brooklyn Navy Yard in New York. There it stayed on display for some time until it was later sold for scrap. 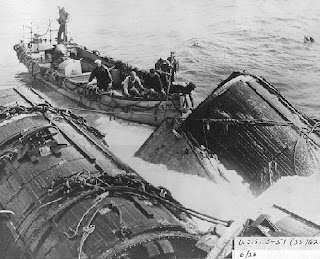 The salvage of the S-51 presented many challenges and revealed many shortcomings in the Navy's then diving, submarine rescue and salvage capabilities. The biggest being the impact that a lack of funding, manning and training had on the Navy's ability to conduct such operations when they were critically needed.

For the Navy Divers efforts in this task, the following medals were awarded.

Distinguished Service Medal - This was the first time this was ever awarded in peace-time.
1. Edward Ellsberg - Also promoted to Commander by special act of Congress. 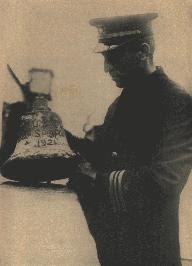 Notes:
The following hyperlink contains all 104 pages of the "US Navy Department Report on Salvage Operations -- Submarine S-51"
http://www.geocities.com/heartland/7282/usnrc.htm

Posted by The United States Navy Experimental Diving Unit at 9:53 AM